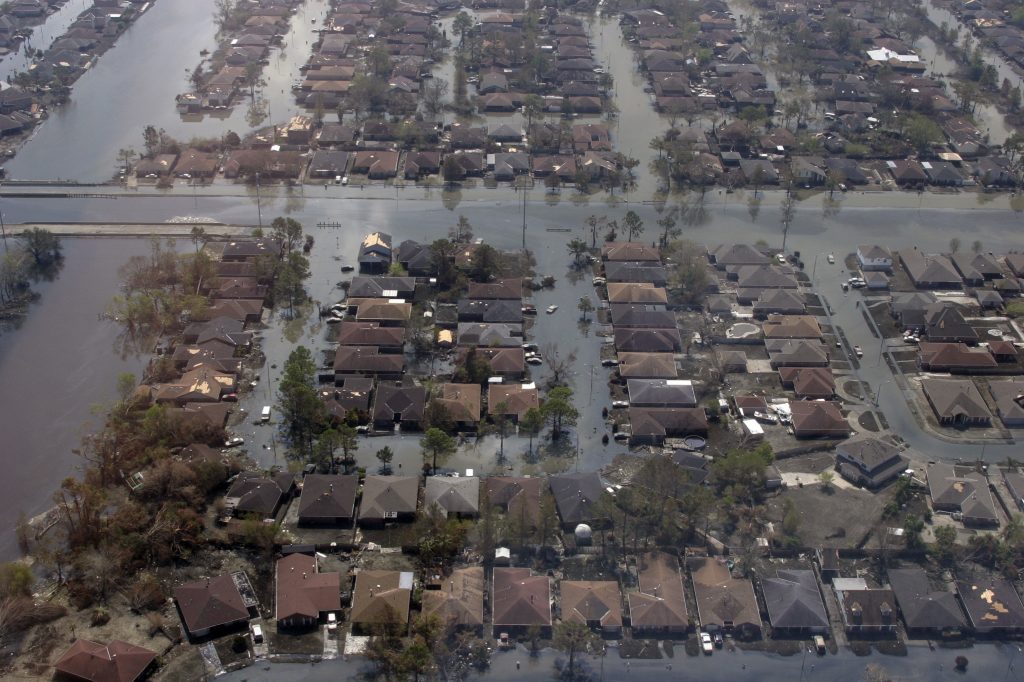 First comes wind, then water, then the snap, crackle, pop of the trees and the rooftops. A storm is blowing through.

Finally, after days of breathless weather reports, the damage begins as waters rise and power systems fail. From Louisiana and Texas to Miami and Puerto Rico, our country has already faced-off against repeated hurricanes this fall– and the season is not yet over.

Both of us have been in the thick of those kinds of deadly storms before — Soledad standing in the elements to tell the story of ordinary people struggling to survive; Karen working as a city public health official to prepare, rescue, and rebuild. Along the way, we both learned the critical role the public health community plays in minimizing catastrophe.

A dozen years ago, Hurricane Katrina roared ashore, causing destruction that inundated New Orleans and killed more than 1,800 people, most of them over age 65. Paper medical records were reduced to wet blobs, preventing many more from getting proper medical treatment; some people could not even be found.

Six years later, when Hurricane Isaac rattled Louisiana, it was clear that public health officials had gotten the message. Paper records had been replaced by electronic ones, and a new database made it easier to locate vulnerable people in need of care. Although more than half the population lost power, the health care system remained opened for business.

So, too, in Houston. In 2001, nearly every local hospital lost power after Tropical Storm Allison. By the time Hurricane Harvey made landfall this September, the hospitals had spent years coordinating with community leadership to prepare for a repeat event. Generators had been moved to higher ground, a central operations center tracked evacuations, and lives were saved.

None of that happened by accident. They were the result of close collaboration between public health and many other sectors, and a commitment to sharing data and lessons learned. We need to do more of that.

Although disasters focus our attention, health and well-being are much more likely to be influenced by the communities in which we live than by a disaster-natural or otherwise. A host of social and economic factors determine our prospects. Do we have clean air and water? Access to nutritious food and opportunities to exercise? Is our housing safe and affordable? Does the health care system emphasize prevention, or simply wait for sick patients to arrive?

Just as public health officials need partners to mitigate disasters, so too must they engage with other sectors to build a healthier future for all.

That’s why the de Beaumont Foundation and the Aspen Institute’s Health, Medicine and Society Program are launching PHRASES — Public Health Reaching Across Sectors. The idea is to support public health practitioners with the tools and training to share their expertise with people who make decisions on education, housing, business, and other areas where public health has a critical impact — not only at times of disasters, but every single day. To do that, they will need to learn new languages and the ability to explain concepts in ways that others will embrace.

If they succeed, public health can advance cooperative opportunities at every turn. Some strategies are straightforward –partnering with schools to make sure children have eyeglasses, working with hospitals to move generators to higher floors, advocating for workplace-based drug treatment programs. Others are more complex — redesigning cities to encourage walking and reduce obesity, confronting the health-damaging impact of segregated housing.

But all of it happens best with teamwork, which is why the PHRASES Advisory Committee that we chair is made up of leaders from many sectors. We have already begun to articulate a few guiding principles for our work: understand the motivations and aspirations of other sectors, and seek common ground; honor a nonpartisan approach to maximize partnerships and avoid hot buttons that lose opportunities; and eliminate jargon and use terms understood outside the scientific world.

We don’t yet know how loud the winds will howl or how high the water will rise during the next storm. We can’t predict when the next infectious disease will strike, and we have much more to learn about curbing the health-damaging impacts of poverty. But we know enough to forge links with other sectors so we can prepare for the worst, even as we aspire to be the healthiest. A strong public health system, fully engaged with partners, is the best way forward.

Karen DeSalvo, MD, MPH, MSc, Former Acting Assistant Secretary for Health at the U.S. Department of Health and Human Services and Former Health Commissioner of the City of New Orleans, and Soledad O’Brien, CEO of Starfish Media Group and Host of Matter of Fact with Soledad O’Brien. They are co-chairs of the PHRASES’ Advisory Committee